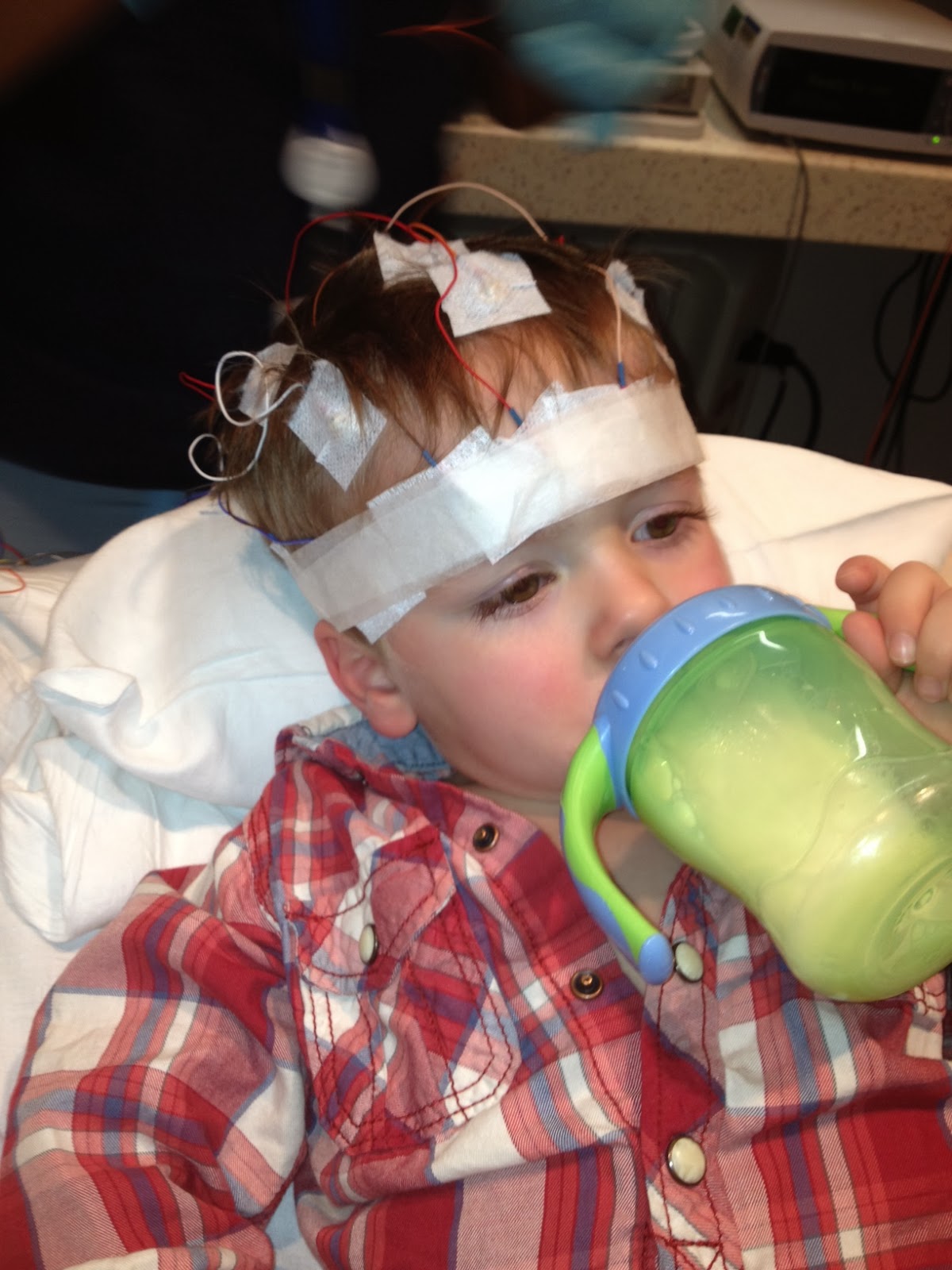 Jacob has had some changes lately in his behavior.  His motivation to speak has declined. The therapist has to use compliance for almost every task during therapy especially noun identification.  We have seen an increase in stimming, or what we think is stimming. I took him to the pediatrician to see what she thought of his recent activity and she said that the videos look like he is having partial seizures.  So we set off to TX Children's to have an EEG.  Unfortunately, during the 40 minutes of testing he did not have an episode and so they weren't able to see if it was a seizure.  They did say that the test came back abnormal with rapid brain activity like he is on drugs/stimulants.  He is not on any medication at all.  They said this is common in children with mental retardation or children on certain drugs.  It obviously concerns me, but the neurologist said that they see this sometimes and usually if the child isn't on drugs they never find the cause for the rapid activity.  Here is short clip of Jacob's movements.

The doctor has suggested we get a 48 hour EEG and when we can we will hopefully get one.  We are going to visit the Neurologist at TX Children's this Wednesday to get more answers.  The thing that is the most strange to me about this recent behavior is that his stimming is usually for fun and pleasure and he always seems happy afterwards.  These movements, however, make him upset and he does them almost like he has to or has no control over it.  Sometimes he even fusses after the episode.  The therapist said she recorded it 30 times during her last 4 hour session with him.  Please lift him up in prayer if you think about it and pray specifically for answers from the doctor.  Whatever this is, I know God is in control.  If it is stimming, he has increased it by double at least and that makes me wonder why or what's wrong. There are always a million unanswered questions with autism.
To end on a good note, Jacob did do something amazing this week!  Tyler and Cret always play sword fighting with light sabers.  Jacob usually watches them light up and runs in circles or grabs one and starts licking it.  This week he picked one up and started fighting.  He actually started playing with Tyler in an appropriate way! It was awesome.  Cret screamed for me to run in and see him.  We both were in tears.  The surprise of seeing our 3 1/2 year old playing in an appropriate way, even for a moment, is sheer joy. Glory to God. I'm so thankful for Star Wars this week. LOL